A 30ft section of the Shropshire Union Canal collapsed, causing water to drain into the River Wheelock, leaving up to 20 boats stranded.

OnSite received an emergency call out, from CPC, to stem the breach and within two days of the breach occurring an 11m PortaDam was installed across the canal, preventing further water loss. If the bed had been allowed to dry then the clay can crack causing further damage to the canal.

Within days of the breach:

The work to repair the breach is expected to take in the region of  3—4 months with a total repair cost of approximately £3million.

PortaDam is widely used on the nations canal network for both planned and emergency works  and in this case, quickly helped to minimise further damage to the canal, wildlife and boats.

“We have experience working on emergency breaches and our quick response was vital in order to minimise further damage. OnSite Central’s  rapid installation of PortaDam allowed us to stem the breach quickly, allowing CRT to protect the fish and wildlife from further impact, whilst re-floating and moving the stranded boats. ” 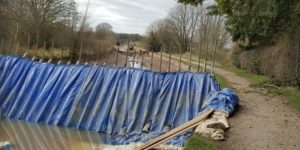 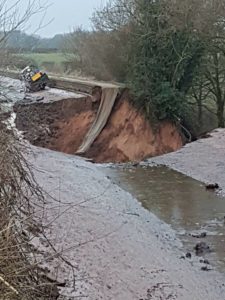