OnSite was awarded the contract to undertake a major drainage flow and rainfall monitoring survey programme in Qatar for the Ashghal Public Works Authority (PWA). The project entailed an extensive flow monitoring and impermeable area survey (IAS) programme in and around Doha, as well as some catchments to the far North and South of the city. This project provided key operational data to support the long term operational needs of Ashghal in line with the strategies outlined in Qatar’s pivotal 2030 National Plan.

Following the flow measurement equipment’s arrival in Qatar, the flow monitoring team arrived, closely followed by the impermeable area survey crew. Because of the tight deadlines there was no time for acclimatisation to temperatures already racing into the mid-30s at that time of year.

OnSite get to work

Rigorous Middle Eastern safety procedures meant that the activities of the flow survey teams were initially limited to surfacebased surveys. At first this exercise was carried out during the day, but it soon became apparent that these pre-inspections would have to be completed during night shifts due to the intense heat…

Though as the Qatar summer approached temperatures did not drop that much – even at night!

OnSite’s IAS team fared better knocking on doors, they found the Qataris to be warm, friendly and very welcoming; often offering them coffee and refreshments.

The impermeable area surveyors however, had no option but to work through the heat of the day in order to gain access to the wide variety of commercial, industrial and domestic properties. Whilst this was not the most physically demanding work, the heat took its toll and the team really knew they had undertaken a shift by the end of the day!

Whilst the Qataris must be complemented on their excellent health and safety approvals procedures, by the time all the permissions, permits and traffic management plans required for the flow measurement team to commence site inspections and installations had been approved, it was already summer in Doha.

Temperatures were reaching the high 40s and, uncharacteristically for the desert nation, were also coupled with high humidity.

There was no respite when entering the sewer either; even the storm lines were considerably hotter than the surface. Due to high levels of hydrogen sulphide, ALL sewer entries also had to be undertaken wearing full breathing apparatus; quite a task in the UK, but really punishing in desert temperatures!

The IAS work also proved challenging from the outset. Access issues, extreme temperatures and the language barrier were compounded by Ramadan falling in the June working period.

Nevertheless, all site work was completed by mid-August and the data obtained was of a very high standard.

The flow survey commenced in late August, and was completed twelve months later in order to capture rainfall events. The fortnightly ongoing maintenance and calibration checks were demanding. Although the weather for much of the project period was less extreme, conditions were still extremely harsh, and the team had to endure a second long, hot desert summer towards the end of the twelve month survey period.

OnSite is also proud to report that, despite undertaking thousands of man hours of extremely challenging work in the harshest of climates, ZERO incidents were recorded, maintaining the Company’s exemplary record.

By the time of its successful completion, this extensive project saw OnSite’s highly experienced survey teams install a substantial amount of leading-edge monitoring equipment to both the foul and the surface/groundwater networks: 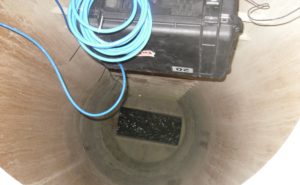 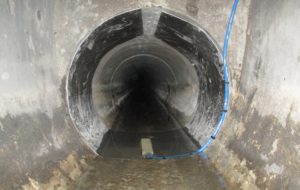 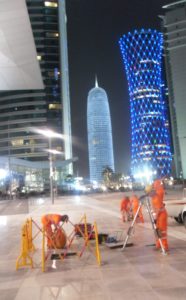 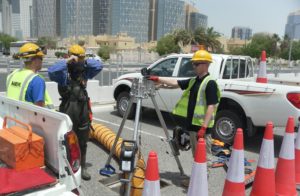